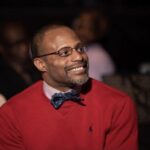 Dr. Jonathan Rashied Wilson Jr. is the founder of the Fathership Foundation. Born in Southeast San Diego California moving with his family to the Delaware County and Southwest Philadelphia area as a teen. Dr. Wilson is the oldest of 12 siblings and has a wealth of rich life experiences and academic experiences which contribute to his unique perspective on workforce development. Dr. Wilson is a career social worker with notable research experience, and accomplishments in macro social work, children and family services, and community education in the non-profit sector. Dr. Wilson was shot and paralyzed in his hair salon in 2011 which has only strengthened his resolve to create systemic change.

Dr. Wilson holds a Bachelor’s of Science in Education from Cheyney University of Pennsylvania, Master of Science degree in Human Services Administration from the Wilmington University College of Behavioral Sciences, and a Doctor of Education degree from the Wilmington University College of Education. Dr. Wilson founded the Fathership Foundation in 2013 which is a community-based 501c3 nonprofit organization whose programs and interventions are grounded in Human Capital Theory. Dr. Wilson leads the agency in its mission to provide programming and support services to increase the amount of formally educated or trained work-ready adults. 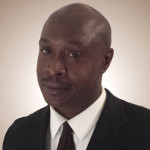 Yasser Arafat Payne is an Associate Professor in the Department of Black American Studies at the University of Delaware. Dr. Payne completed his doctoral work at the Graduate Center-City University of New York where he was trained as a social-personality psychologist. Also, Dr. Payne completed a postdoctoral fellowship funded by the National Institute of Drug Abuse (NIH-NIDA) whereby he worked on a re-entry and intervention based research project in New York City’s largest jail, Rikers Island—a project designed to reduce: (1) recidivism, (2) drug use, and (3) other risky behavior leading to HIV/AIDS.

Dr. Payne has organized a street ethnographic research program centered on exploring notions of resilience and resiliency with the streets of Black America using an unconventional methodological framework entitled: Street Participatory Action Research (Street PAR)—the process of involving members of street identified populations on the actual research team. Challenging the dominant arguments in the literature, Dr. Payne asserts that all of the streets of Black and Brown America are in fact, resilient. Also, his research program focuses on Black racial identity, street identity, physical violence, Gangster Rap music and culture as well as the topic of street participatory action research. 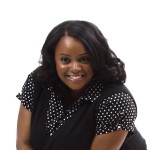 Ms. Farrell’s industry expertise has allowed her to write, direct, produce, and collaborate on shows for Emmy award-winning artists, for the mainstream public theater community, for the church community at large and other non-profit organizations. Mrs. Farrell’s work has been enjoyed by thousands of audience members in the United States, and has reached online viewers in over 20 countries.

She is the creator of the Arts Lab Enrichment Series, which offers acting classes, workshops and Arts enrichment in underserved areas, and works to develop young people and adults who have an interest in creative expression through the Arts. 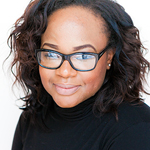 Erin Hutt is the founder and CEO of Chains Inc. which is a community youth enrichment agency operating out of Wilmington Delaware. Chains Inc. provides a range of community youth supports, in addition to academic enrichment programs and interventions. Ms. Hutt is a Delaware State University alum with a Bachelors of Science in Management with a concentration in Marketing and received a Masters degree in Public Administration in 2013 from Strayer University. She is a third generation Wilmingtonian who values her community and believes in the importance of quality education for youth. 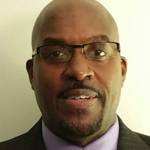 Keith D. Johnson is currently a student in the Doctor of Education Program (Organizational Learning, Leadership and Innovation) at Wilmington University in New Castle, Delaware. Mr. Johnson just completed his first year and will be starting his second year in August of 2015. Keith is also a doctoral intern at the Salvation Army’s Kroc Center in Camden, New Jersey. He is interning in the community education department as an Educational Consultant and is developing educational curriculum which will be implemented in the fall of 2015 and will be a part of the Salvation Army’s educational programming.

Keith recently had the privilege and honor to be invited as the guest speaker at Camden County College in Camden, New Jersey on June 25, 2015 for the Criminal Justice Department and has been invited back by Camden County College as a guest speaker and will be also overseeing leadership workshops and tutoring students in the fall of 2015. He was also an AmeriCorps Vista during which time he was the Director of Employment expansion for A Center for Relational Living in Wilmington, Delaware.

Keith received his master’s degree in the Administration of Human Services from Wilmington University in 2014 and was awarded membership into the Tau Upsilon Alpha (TUA) National Human Services Honor Society, NU Chapter, at Wilmington University, for Academic Excellence in (March 2014). He received his Bachelor’s of Science degree in Political Science from Rutgers University. He is a former law enforcement officer, Assistant Chief of Security for the Camden City School District and the Chief of Security in the Philadelphia School District. Keith was also inducted into the Police & Fire Fighters (PFIA) Heroes Hall of Fame for Distinguished Achievement. Mr. Johnson also volunteers for the Family Resource Coalition as a team member and advocate since 2011. 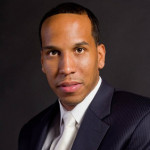 There is a relatively small segment of leaders in the business world; individuals who seem able to build relationships, trust, and rapport with almost anyone, and then able to broker the relationships and make connections between people, creating partnerships and alliances, and motivating forward momentum to ‘get things done.’

Jason Rodriguez is one of those people, and ‘getting things done’ and driving results through collaboration partnerships, and relationships- as a Principal Partner in the Insurance Industry, is what he is all about. With an enthusiastic and genuinely friendly attitude, Jason radiates a sincere passion for delivering value and benefits to his clients.

Clients say Jason’s Attention to detail, high Level of Expertise and Communication strength that are consistent with the Prominent Insurance Agency own high touch, convenient, and customer Oriented Focus.

Jason lives in Wilmington Delaware and is an active member in his community and enjoys reading, basketball and fishing. 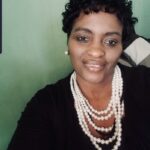